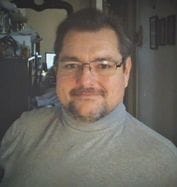 I have been teaching now for fifteen years. I earned my Bachelor of Science Degree with High Honors in Organizational Leadership from Biola University in La Mirada, California in 2002. Not long after that, I secured my first teaching position for the Orange County Department of Education in Orange, California, teaching English Language Arts and Social Studies at Otto A. Fischer School, which is located entirely within the confines of Orange County Juvenile Hall. There I was placed working with one of the most challenging groups of young people in the Hall, which were young people who had either been convicted, or were awaiting trial for sexually-related offenses. I went on to earn my Masters in Education- Cross-Cultural Teaching from National University in La Jolla, California in 2006. During this time I also served as a Fellow and Curriculum Writer for the Character-Based Literacy program, or CBL, a program based out of the Markula Center for Applied Ethics at Santa Clara University, in Santa Clara, California. During my fellowship, I was also a featured presenter at CBL Ethics Camp for two years, speaking about integrating technology into CBL curriculum, alongside such renowned authors as Gary Soto and Francisco Jimenez. I also wrote month-long curriculum units for two middle school novels, Wringer by Jerry Spinelli and Lupita Manana by Patricia Beatty, which are still in use by the program today.
In 2010 I moved back from California to my hometown of El Paso, Texas, and after taking two years off to deal with my mother's estate and some health issues of my own, I got back into the classroom in 2013, where I taught in Clint ISD at Mountain View High School for three years, teaching Speech and Theatre Arts. I had also directed the UIL One-Act Play there for the last two years, where the school managed to advance past the district level for the very first time in school history. After the 2015-2016 school year, it was becoming clear to me that the long commute from west El Paso all the way out to Mountain View was taking its toll, so I made the decision to move on into a position where the commute is more convenient. That decision has brought me to Da Vinci, where I am taking on the challenge of teaching not only Social Studies, but both Middle and High School Theatre Arts, with the goal of building a top-tier Theatre program here. In 2017,  Da Vinci competed in UIL One-Act Play for the very first time, and did extremely well, being selected as Altenate production, which was in fourth place behind the top three who advanced, those being Permian Basin schools with established programs and budgets. We also followed that up with another Alternate placing in our 2nd year. Last year we came in 2nd place in District 6-2A competition with our production of Louder, I Can't Hear You by Bill Gleason, advancing to the Bi-District round for the very first time. Our hope is that this year, we will continue to build on competition successes, while enjoying the beginning of auditorium renovations  that will turn our auditorium into a top-caliber performance space for all of the Fine Arts Department

On a personal note, I currently live in west El Paso with my beautiful  bride of almost 5 years, Rhonda, as well as three dogs, and four cats.  My stepson Clayton is in the United States Navy attached to the U.S.S Howard (DDG-83) as a Boatswain's Mate 2, whose home port is in San Diego, California.   Rhonda and I are very excited about being a doting grandparents to our 5 grandchildren in Midland and Greenwood, Texas, and are very proud of Clayton, as he serves in the greatest Navy the world has ever known. Go Navy!